This opens a totally new area for XPages projects. As we know, XPages is just something on top of JSF1.1, meaning you can and should leverage Java language to simplify the development of XPages applications. In fact, by moving most of stuff into Java code you can reduce the reliance on Domino Designer.

We all know, Domino development lacked all the goodies other technologies had: version control, build tools, unit tests, etc. With time, some of these started to appear in Domino Designer, when it became Eclipse-based. We got version control, perhaps not ideal, but at least in a working state. We could use JUnit to test Java code, though with additional effort. Nevertheless, we still lacked build tools, specifically ability to run it decoupled from Domino Designer, e.g. in an Ant job.

With Domino Designer 9.0.1, Domino Developers can do this as well. I will not go in details on how to enable & use it, since links at the start of this post contain suficient information. Instead, I will focus on how to make use of Continous Integration tools for automating XPages builds.

In short, I want to achieve following automated process:

This process should be triggered automatically on each commit. There are few requirements to get it working: 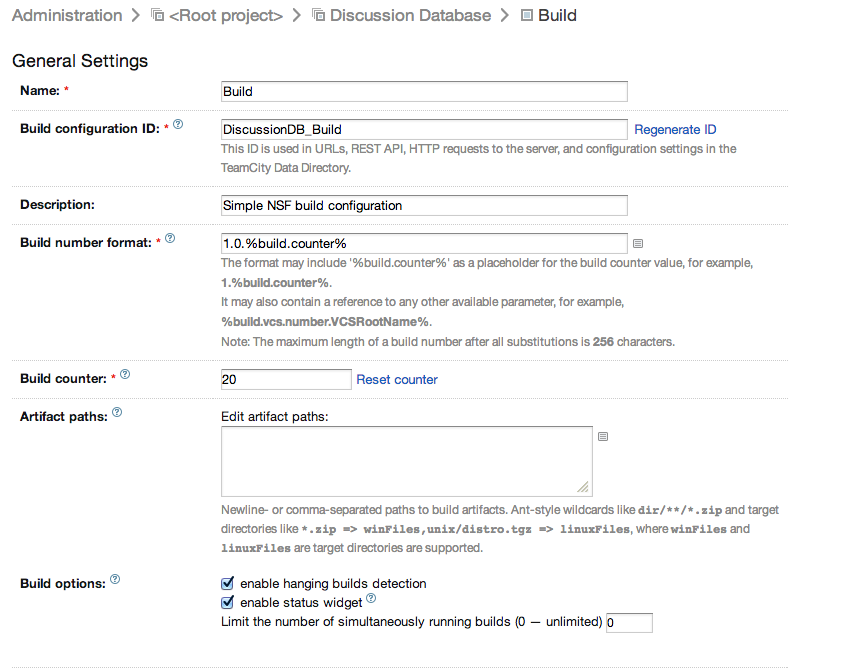 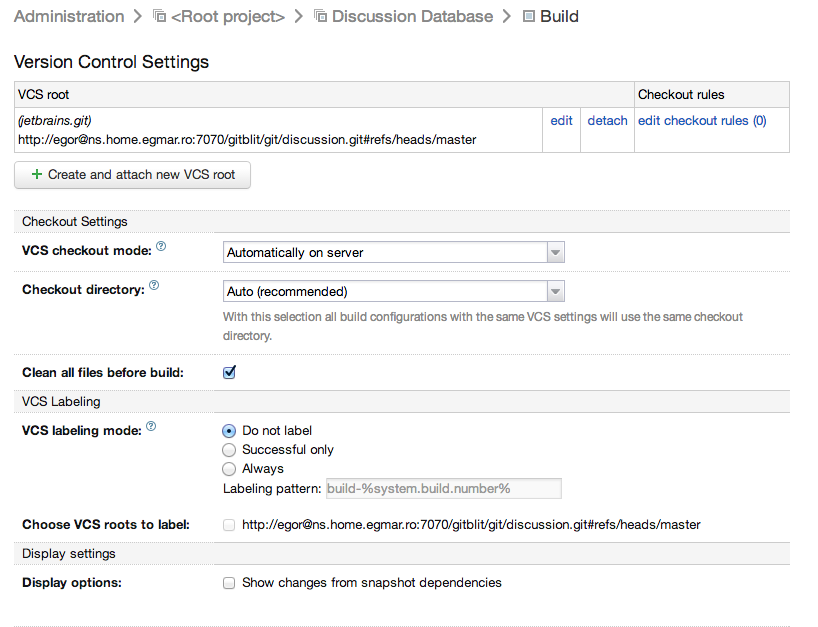 Actual build is performed based on build steps configuration. Below are screenshot of each of build steps I defined and associated Powershell scripts: 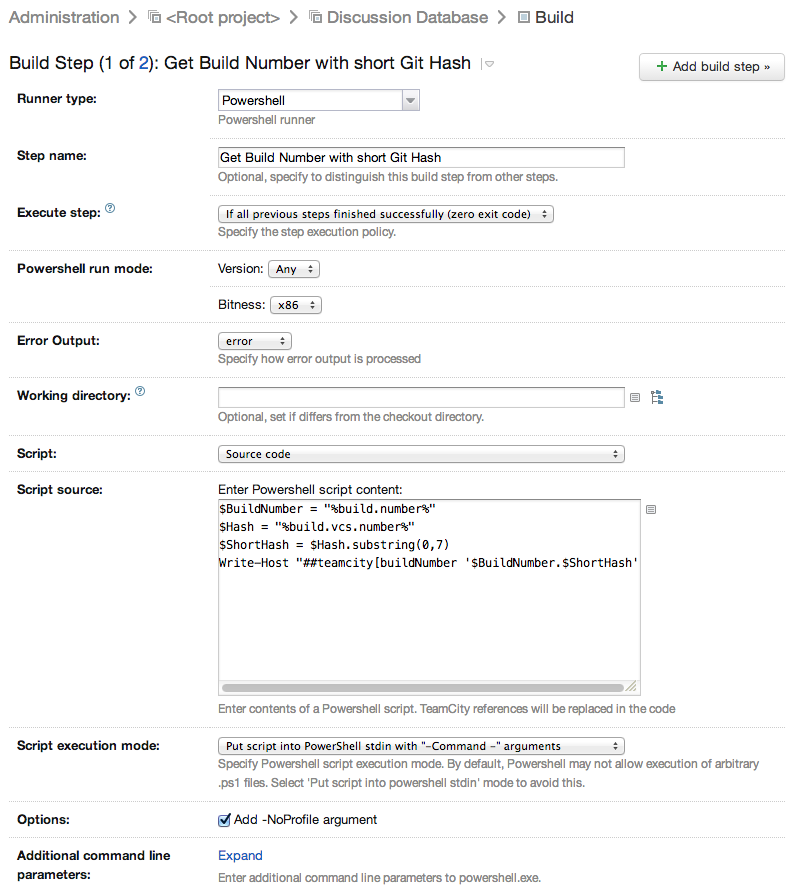 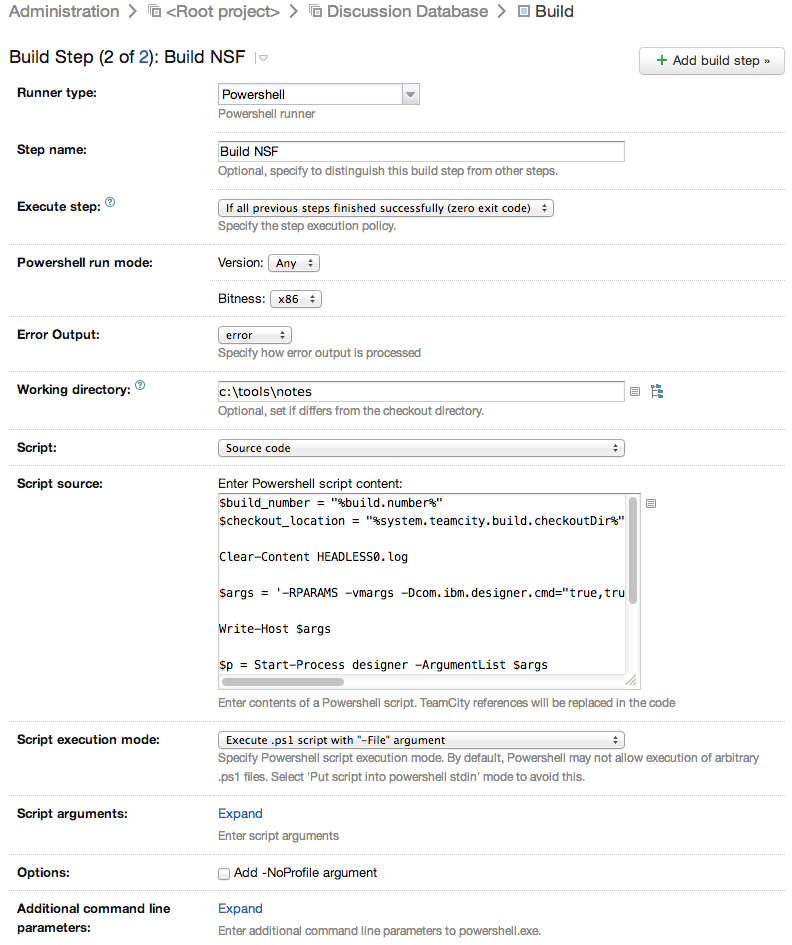 At this point, you can trigger Run and see the results of build. Newly created will be in Notes Data folder. You can further extend build configuration with JUnit tests, automatic deployment to Domino server, possibly using Domino COM API in powershell scripts, etc.